Apple Pie is known for being a symbol of patriotism. This sweet and comforting dessert has woven its way into the hearts of the American people – but the big question is how and why?

The very first emergence of the apple pie recipe actually dates back to the 1300s in Europe. Historians believe that apple pie didn’t officially begin making an appearance in America until the Civil War era. Soldiers would scavenge for apples and bring them to local bakers to turn into the delicacy we know and love. By 1902, the New York Times had proclaimed apple pie to be “the American synonym for prosperity”. Apple pie then began consistently appearing in print along with the phrase “American as apple pie”. World War II soldiers also began referencing the popular dessert by stating that they were fighting for “mom and apple pie”.

Today, this golden brown shell filled with tart apples has a permanent spot on the dining room tables of families across America. We indulge for Christmas, Thanksgiving, 4th of July, birthdays or simply for a picnic on a nice sunny day.

The most important part of a quality apple pie is having a perfectly golden flakey crust. You can buy a pre-made frozen crust from your local grocery store, but we recommend making one from scratch. Although it’s a lot of hard work, it’ll be worth it the moment your guest’s take that first bite, their eyes glazing over with admiration.

* There are two different ways to prepare your crust. You can use a food processor or do it all by hand. We’ve included the steps for making your crust by hand, but if you’re looking for a bit easier approach, you can use your food processor.

(video and recipe provided by Adam and Joanne) 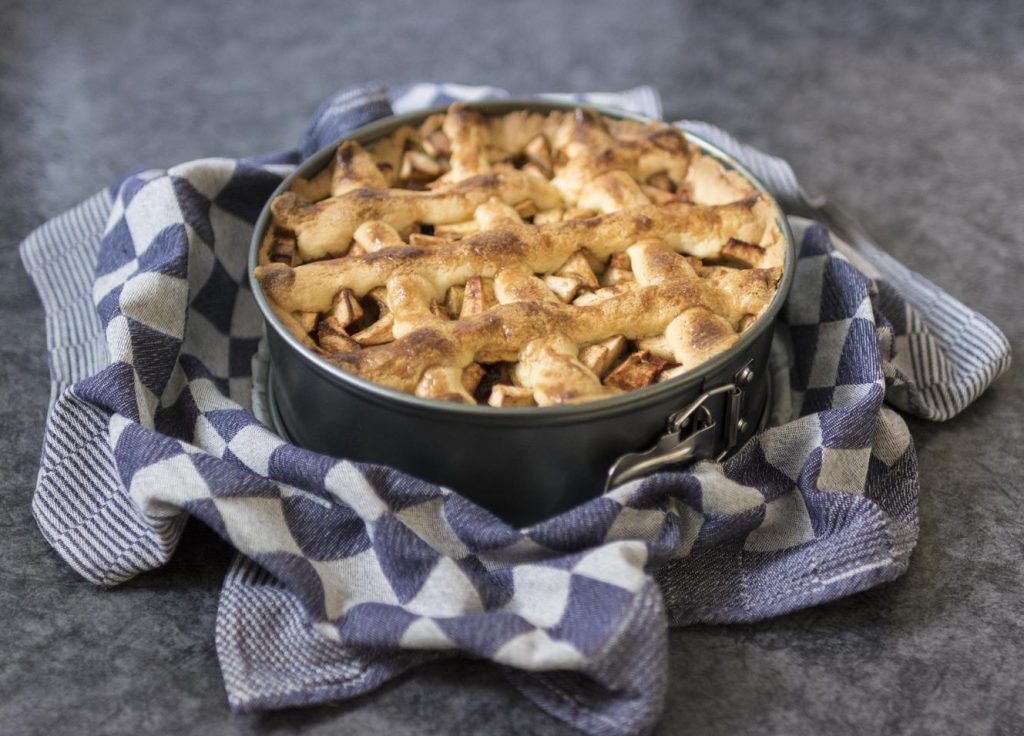 Want to add your culinary perfection to our ever-expanding catalog of pellet-powered masterpieces? There’s only one thing we love more than grilling and that’s seeing what others are cooking up. Your creativity inspires us to constantly find ways to improve our products. We want to see what you can do! Submit Recipe
0/5 (0 Reviews)

Back to News Home